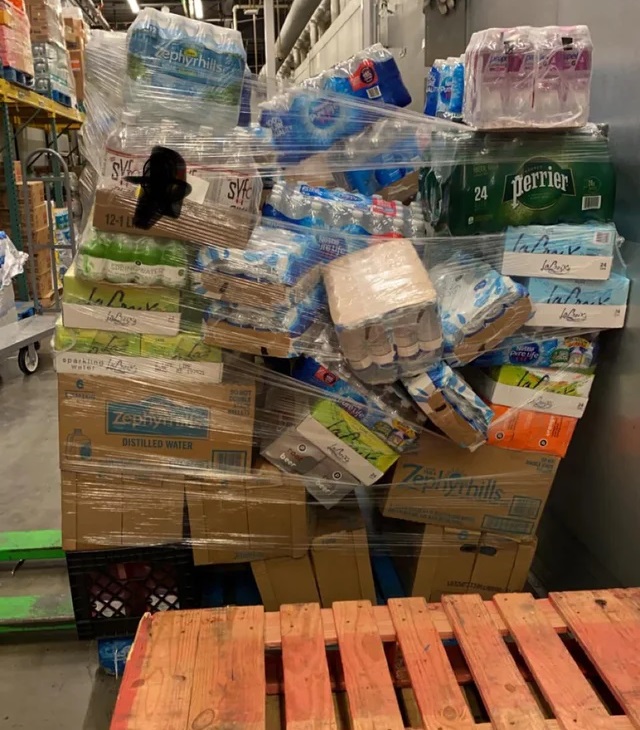 When it is time to ship the products, the supplier delivers the pallets with the goods on top to the driver who usually makes him the same number of empty pallets. This is what should happen in European trade, which as simple as it may seem, always brings some misunderstandings and problems. In this blog we highlight what you need to pay attention to when exchanging pallets.

The pallet is indispensable for the transport and storage of goods and is usually 120cm long, 80cm wide and can withstand products with a maximum weight of 1.5 tons.

Nowadays, everyone knows how a pallet is made, especially thanks to the success of recent years in the production of furniture and furnishings in “industrial style”.

Wooden pallets are classified into three categories according to their use:

Depending on their condition, North American or GMA standard pallets are repaired by EPAL licensed companies and excessively damaged pallets are removed from exchange operations. An interesting alternative to the use of wooden pallets, was cleverly introduced by the Bayer group last year thanks to the use of GreenPallets, i.e. pallets made entirely of recycled and 100% recyclable plastic, which thanks to their greater durability, have allowed the German multinational to replace the 50,000 Europallets with only 5,000 Greenpallets, for a ratio of 10 to 1.

Toppy, too, about 8 years ago, launched a revolutionary initiative to replace wooden pallets from the market. It is the Toppy Pallet System, a new patented system for moving, transporting, and stacking your loads.

This is a brilliant idea that will allow companies to reduce packaging and transport costs and save nature at the same time. With this new system, the traditional wooden pallet is replaced by a new and revolutionary ecological and very light Toppy plastic pallet (only 1.2 Kg). The packaging cycle begins by placing the load on a traditional wrapping machine that applies a plastic film on the four sides of the load.

The wrapping cycle begins by placing the load on a traditional film wrapping station, which will apply a plastic film to all four sides of the load.

– In this phase, the Toppy plastic pallets are applied to the load through a further application of film, without the need for strapping.

– While it is suspended, the load is wound again, but in a different way: this second winding occurs horizontally, given by an “orbital” movement. The load will then be totally wrapped on its six sides, more stable and well protected from any external agent (like in a cocoon!). The plastic supports are then attached to the load simply by applying an additional wrapping film.

The Toppy Pallet frame is very robust and suitable for heavy loads up to 4,500 pounds.

– The Toppy pallet definitively replaces the traditional expensive wooden pallet. A real revolution in the world of packaging.

– Savings on transport costs: a truck can load 18,000 Toppy pallets, instead of 560 wooden pallets.

– The Toppy pallet can be adjusted by the Toppy system according to the size of the load.

– The load, protected on all six sides, is safe and stable, the Toppy pallet supports maximum stability and manageability.

– The Toppy plastic pallet can be reused for subsequent packaging cycles.

– Toppy plastic pallet is a polymer that can be completely recycled along with common plastic.

– The Toppy ecological pallet is particularly suitable for export because it does not require certification or fumigation. In this way, the inconvenience due to the disposal of poisoned wooden pallets is avoided.

The new Toppy Pallet System uses the Toppy Four Fingers pallet changer principle. The special swords of the Toppy Four Fingers fit inside between the slots of the Europallet top, gently supporting the load stabilized by 2 side compactors. The system removes the pallet from under the product by repositioning the special economic pallet in recycled plastic.

Packaging on six sides as a cocoon

While suspended, the load is again wrapped in a film, this time horizontally, in an orbital motion. The load will then be totally wrapped on six sides, more stable and well protected from any external agent, just like in a cocoon! In this phase, the Toppy plastic pallets are applied to the load through the application of an additional additional film, without any need for additional support.

Why the exchange of pallets?

The goods produced must of course be transported to reach the customer. For safe transport by truck, the goods are usually packed on the GMA pallet, secured and transported in the semi-trailer to their destination. In this case, for example, an empty truck with empty pallets arrives at the loading point, on the ramp, exchanges the latter with the goods packed on pallets. After that, the driver, once he arrives at his destination, delivers the goods and collects, in exchange, a number of empty pallets equivalent to those just unloaded. This is to ensure that sufficient load carriers are always available along the supply chain.

But behind the simple principle of pallet exchange there are pitfalls: for the transport company, for the driver who carries out the transport and for the recipient of the unloaded goods. We have summarized three of the most frequent stumbling points here.

1. Who determines which pallet is interchangeable?

The exchange is recorded on the so-called pallet card. On the spot, the driver and the recipient must agree on the number of pallets to be exchanged. But who decides the quality of the pallet? Every driver and every recipient. If, for example, the recipient rejects an empty pallet because he thinks it is no longer usable, difficulties arise in the exchange process. The recipient can then insist that the driver provide him with a pallet of sufficient quality at the next opportunity. This is how so-called pallet debts arise.

2. How many pallets must the driver deliver?

The most common case that prevents smooth transport: the truck driver has to carry a sufficient number of empty pallets along with his load. In fact, some recipients carry out the interchange, but some do not. The conditions may vary from customer to customer. If the driver does not transport empty pallets for exchange, for example because he did not receive some pallets at the last unloading point, he has to make “pallet debts” for subsequent loads. That is, he must undertake to deliver the pallets at a later time. This means more complexity for the transport process.

3. How many pallets can the driver collect?

According to the interchange principle, the truck driver should collect the pallets after delivering the goods. What happens if the recipient at the loading point accepts the goods but does not deliver the right quantity of pallets of the right quality to the truck driver? For example, pallets are not delivered, the quantity is wrong or the pallets are damaged. The fault must be documented on the pallet card and subsequently clarified. Even if the number and quality of the returned pallets are correct, the time on the ramp is often so short that the recipient simply puts the empty pallets into the truck and sometimes the directions on the pallet note can be wrong.

Overall, the manual exchange of pallets is sometimes an impractical process. It makes the supply chain susceptible to errors. At a minimum, in the future it would be desirable to eliminate the paper card for the management of pallet interchange. This is because it is possible to simplify the exchange of pallets with the help of digitization. The complicated pen and paper procedure may soon be a thing of the past.

Follow us to stay updated on information from the logistics and cargo handling industry.